The deep litter system of poultry farming is an important method of the floor housing system. Chickens are kept on bedding materials such as straw and sawdust. Compared with plastic slatted flooring and chicken cages, the incidence of sternal bursitis and leg disease in chickens raised on ground litter is low. A good litter can dilute chicken manure, absorb water, maintain temperature, release chicken's nature, and promote animal welfare. Scientific usage and management of the deep litter is a key factor in the success of chicken raising.

What materials can be used for bedding?

The most commonly used bedding varieties are rice husk, and sawdust, followed by shavings, bagasse, and corn cob residue. Rice straw and wheat straw are also good bedding materials. When the chicken is older, the rice straw and wheat straw can be directly bedded by cutting it short to 3-4cm in length. In the case of raising young chickens with thick bedding material, they can be cut and compacted and then bedding a layer of rice husk or sawdust on it, which can greatly save the amount of rice husk or sawdust used.

How to use the deep litter system in the right way?

Pay attention to the storage period of the litter. If the storage period is too long, the litter will lose most of its hygroscopic ability due to the continuous absorption of moisture in the air, and the dust wax reproduction density is very high. Although there is no mildew, this kind of litter has limited hygroscopic power after being spread to the chicken house and is easy to become wet. The activity of dust and wax constantly stimulates the skin and respiratory tract of the chicken, interferes with the normal life of the chicken, and also induces respiratory diseases. This litter should be fully sun-dried before use, sterilized in the sun, dried, and wiped with dust-killing wax before use.

Do not use hard shavings, because the tannin content is high. It is easy to be broken into sharp pieces, which may cause abscesses when the chicken body is stabbed, and the ingluvies and gizzard are easily pierced after the chicken is swallowed.

Excessive dampness of chicken house litter is the enemy of chicken raising. If it is not handled properly, it will cause great harm. There are three main hazards.

Firstly, bacteria and viruses accumulate in the house, which can easily lead to outbreaks of diseases in chickens.

Secondly, coccidial oocysts are easy to sporulate, which will cause outbreaks of coccidiosis.

Thirdly, accelerate the fermentation of chicken manure to fill the chicken house with harmful gases such as ammonia which directly endangers the body of the chicken and induces diseases.

The main reason for the dampness of the litter in the chicken house is that the water absorbed by the litter is greater than the water evaporated. The second is that the water droplets condensed on the ceiling and walls in winter drip into the litter. The third is the improper management and maintenance of drinker, spray, and poultry cooling pads can also result in wet litter.

The most effective way to keep the house litter dry is to ventilate as much as possible while maintaining the house temperature. It is necessary to pay attention to withdrawing the wet, agglomerated, and fermented litter in time, and putting in fresh litter. When the overall litter is good, just sprinkle a layer of dry supplementary litter on the surface when the surface is wet. When the litter of the chicken house is damp, there is a way to cover it with a layer of plastic film, press it with bricks around it, and then lay a soft litter. It saves time, labor, and litter, and can make full use of the fermentation heat of the lower litter in winter, which is a good way to deal with wet litter.

Excessive drying of chicken house litter is also a major hidden danger in raising chickens, which is often overlooked in this regard. A variety of pathogenic factors (such as mycoplasma, Escherichia coli, etc.) attack chickens with the dust raised by dry litter, which will cause a large outbreak of various diseases. When there is dust in the dry chicken house, the solution is to spray the litter once with water, and then take the chicken to sterilize. It moisturized the litter and reduce the dust in the chicken house. Sprinkling wet litter should be moderate, not overkill.

At the end of each batch of chickens, the old litter should be withdrawn in time, and the fermentation should be piled up as far away from the chicken house as possible. Even if the old material has been exposed to the sun, it should not be used as bedding for the next batch of chickens. 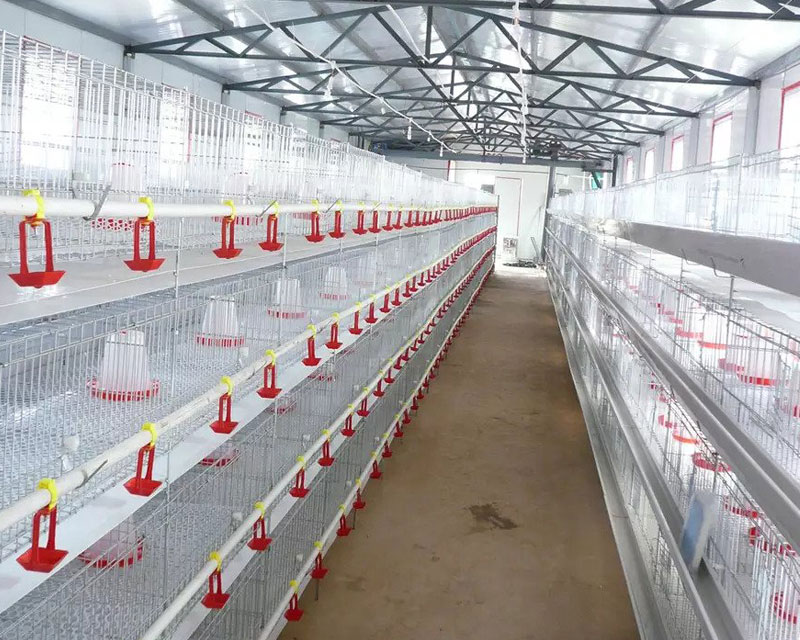 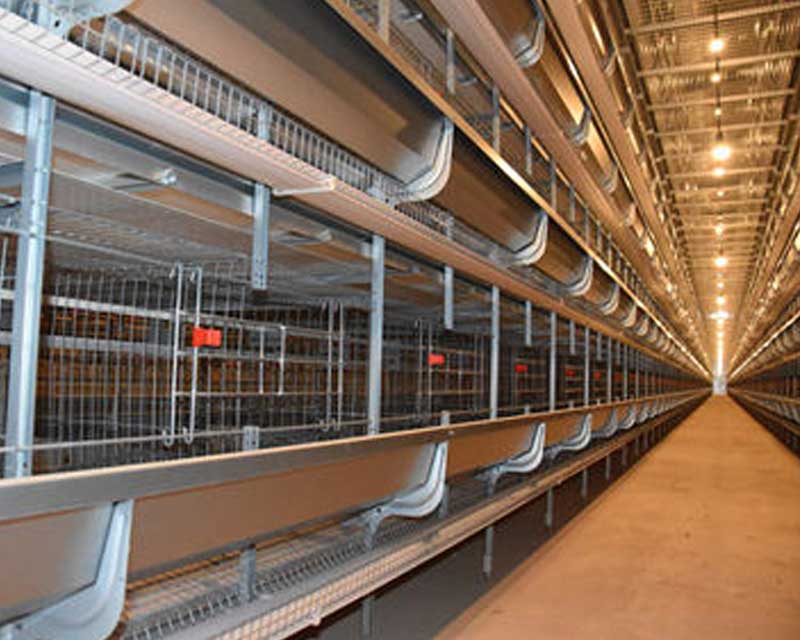 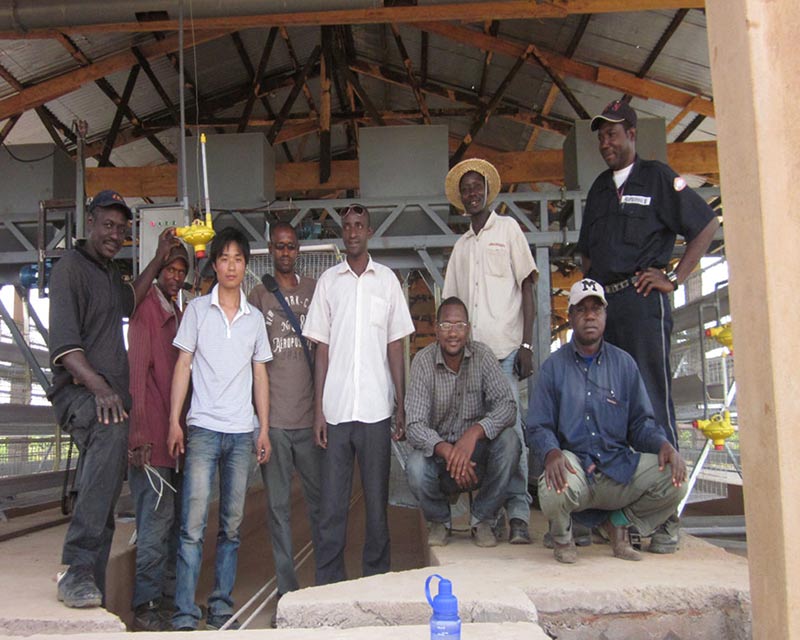 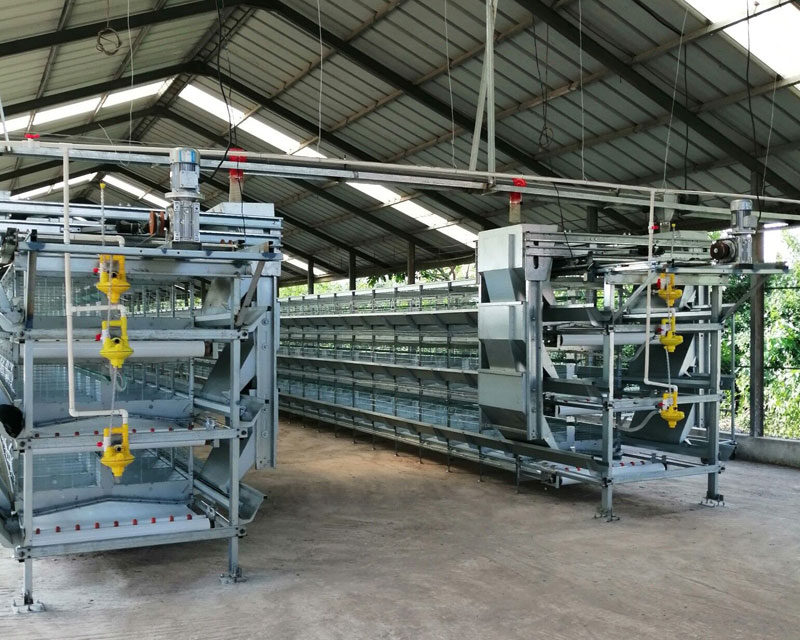 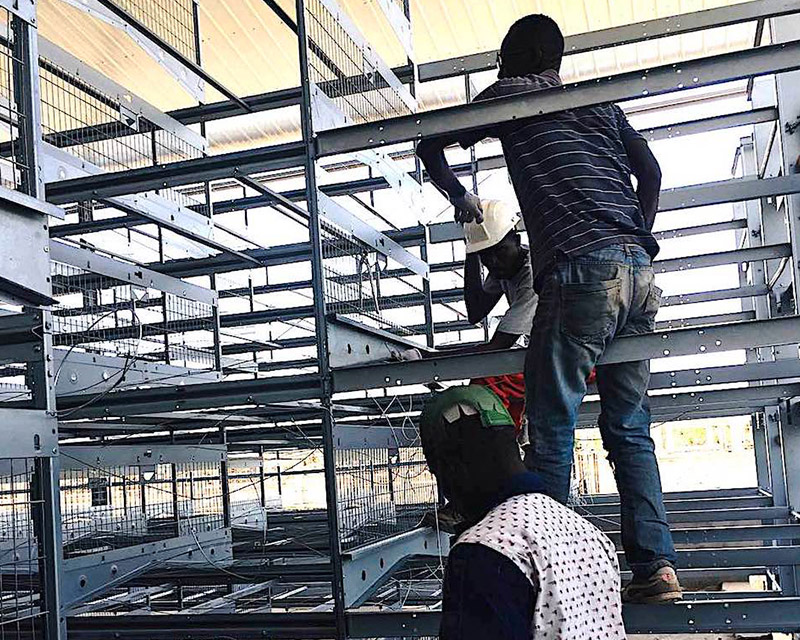 H Type Layer Cage Installed In Togo
Recent News Read More +
Broiler House Design For 50000 Birds 24 Jun,2022
What are the basic requirements for a poultry house? 17 Jun,2022
How Much Does The Poultry Farm Equipment Cost? 02 Jun,2022
What is to be considered in chicken layer cage design？ 25 May,2022
7 Tips When Using Deep Litter System Of poultry Farming 20 May,2022
22 Common Chicken Diseases And Treatment 12 May,2022
Contact 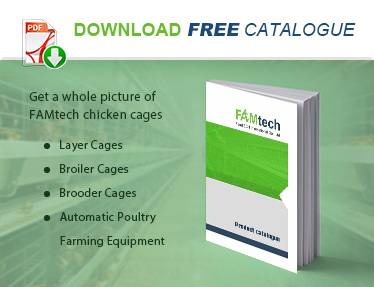 We Respect Your Email Privacy,We Hate Spam As Much As You Do!